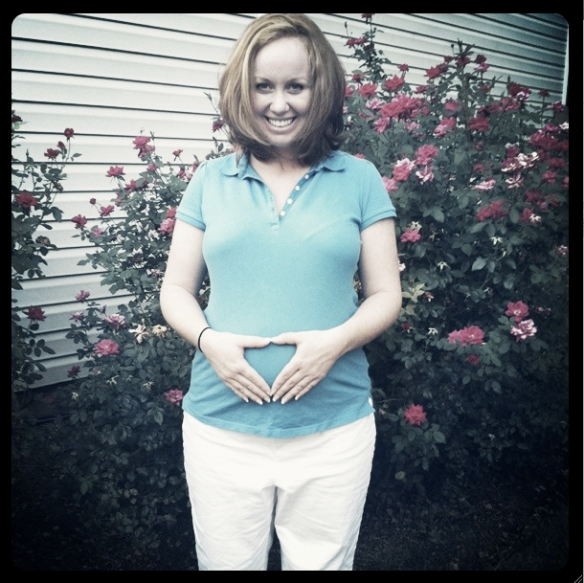 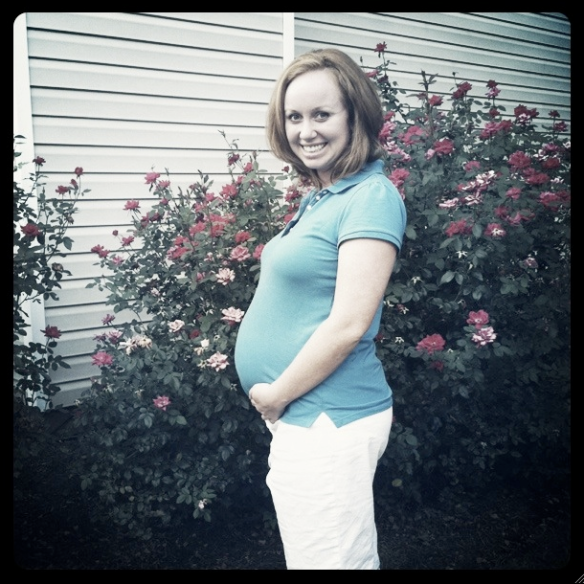 So, I read that the 3rd trimester isn’t the most comfortable, best time of pregnancy.  This is an understatement, at least for me, throughout the last week.  As I wrote about on Monday, I had about 60 incredibly painful contractions and spent the majority of the afternoon in the hospital.  A short time after I arrived, a nurse came into the room and asked me how I was feeling as she took my blood pressure and attached the monitors.  I calmly explained to her how I had been feeling severe, tight pains in my stomach.  She seemed to find this rather unremarkable and told me to wait a moment for the midwife on duty.  Ian and I waited patiently, feeling reassured by the sound of our baby’s heartbeat.  About 20 minutes later, we heard the midwife outside of our door.  We could hear her ask the nurse how I was doing.  The nurse informed her in a loud, clear voice that I was DEFINITELY having contractions, and as I soon found out, this meant that she would be performing perhaps the most….umm…invasive and insensitive and inconsiderate and crude test I have ever heard of, let alone been subjected to.  Those sneaky women entered the room and continued speaking to each other as if they hadn’t decided what to do yet, when the test very obviously began.  After the women left, Ian and I decided that this would be the last time we would be walking into this situation unprepared, and I would be giving him a very specific, pre-determined hand signal in the future when it was time for him to intervene and end any future test, especially the sneaky ones, in anyway necessary.  Well, enough about Monday.

Tuesday was a little better, but I still had 11 contractions.  Wednesday was pretty good- just some tightness, but not the “doubled-over, crumpled into a little ball on the floor bawling and screaming” kind of thing like the previous two days.  I was thinking (more like hoping and praying) that I wouldn’t experience anything like that again until Baby was finished cooking and ready to come out.  No such luck.  Today was horrible.  I had the worst contraction yet- seriously, sawing my leg off might have been easier.   I went into work, but left about an hour later, knowing full well that I belonged in bed, drinking as much water as I could put down.  I have a doctor’s appointment tomorrow at 9:10 am- I am hoping that we get a few more answers.   (Don’t worry, Mum, Andrea is okay now.) 😉 We will keep everyone posted after our appointment.  Tomorrow is a big day though- 30 weeks pregnant.  Mom says “30 weeks is a viable baby.” 🙂 So, even if he decided he wanted to come early, it is a lot less scary after tomorrow.